This year the SSDR Rally had a much improved attendance, due to good weather and the event gathering popularity, there were many sponsors on hand with stands and advice of all sorts. The BMAA organisers were there in force as expected, as were Skydrive, Grass Strip Avaition Ltd, Metal Seagulls, Flylight, and Sprite Aviation.  Absent were TLAC (probably due to the road accident after the Popham show which wrote off 2 aircraft by a truck) and E-Go who seem to have gone bust, also missing were P&M.

The layout format was changed this year for a number of reasons and the sponsors were alongside the tower, this worked very well and I can see this layout being used in future events.  From a safety aspect it kept aircraft movement and people separated, especially important for those visiting by road and with young children. 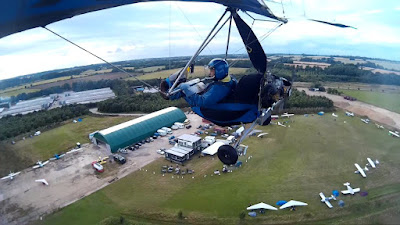 This picture of Colin flying his Flylight Dragon over the Rally clearly shows the layout and clear seperation from live traffic and sponsors line, many aircraft visiting from Friday through to Sunday were camping over the weekend.  The next few images give a flavour of the weekend and the good weather over the whole Rally. 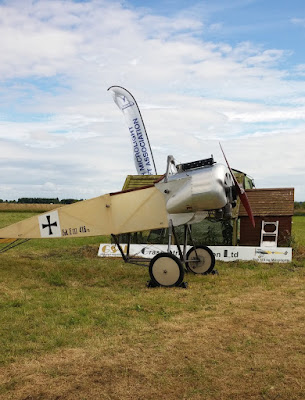 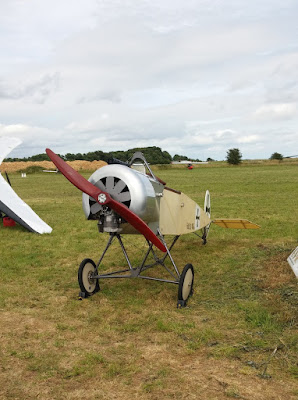 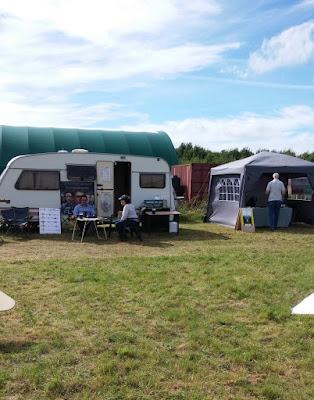 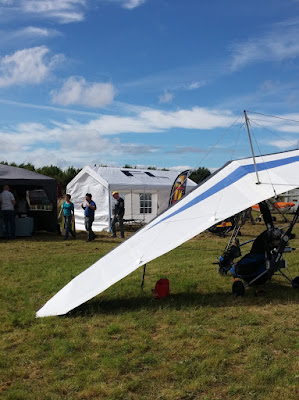 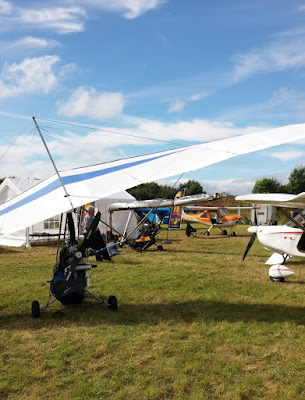 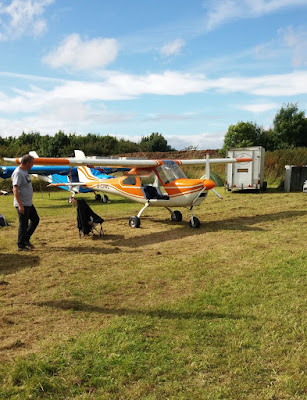 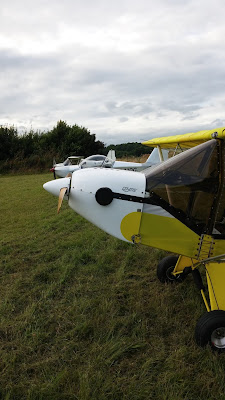 On Friday and Saturday evenings many of the aircraft owners took the opportunity to fly their machines in the silky smooth air, and I enjoyed watching them going round on many sorties while drinking back a few beers, I met many old friends and made many new ones.

There were quite a few shadows converted to single seat enjoying the privileges SSDR provide, one such gentleman was Pete Eichhorn who's beaming smile can be seen on page 28 of September MF magazine. Pete like GSAL decide to be at Enstone late Thursday evening ready for Friday, we were the only two present so we invited him to join us for supper, he helped us repair our old generator and was a welcome friend over the whole weekend.  Another person I'd spoken with on many an occasion was Brian Fallows and he came by road with his trike, we talked about Briggs & Stratton tuning and the various options to produce a reliable alternative four stroke engine.  Brian demonstrated his engine and trike and also let others fly his precious machine. 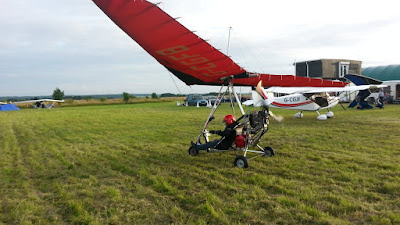 In the image above we can see Brian taxi out with his B&S V-Twin powered aircraft, it was reliable and fairly quite.  One of the things that seemed evident to me was the comradeship of those attending willing to help each other, as I imagine it was like in the very early days of our hobby. 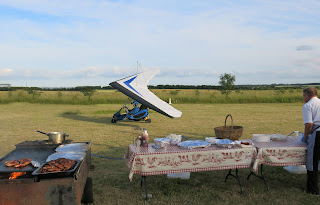 Saturday evening we had a fabulous BBQ provided by a local butcher, with plenty of meat, salad, and various puddings. 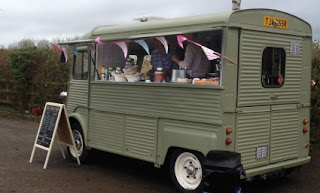 Le Petit Cafe were on hand over the whole event providing excellent food and drink throughout the day. 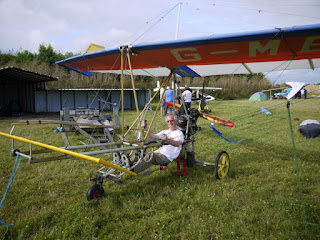 Ton Dawson brought his Pterodactyl to the Rally with a view to flying it early Sunday morning if the weather was calm, and it was. Below are a few images of Tom and others flying his Pterodactyl, and even an air to air shot taken by Colin from his Dragon. 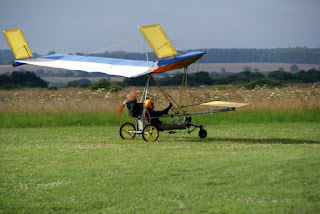 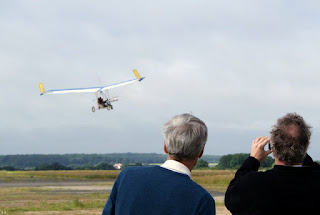 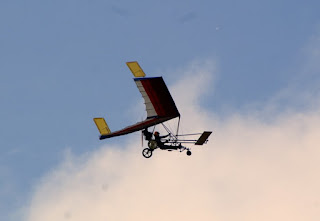 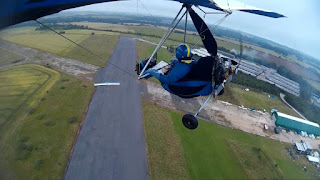 Posted by Grass Strip Aviation at 06:55 No comments: